Yes, Twitter's newest investors have plunked down their money at a valuation of $1 Billion dollars based on it's potential alone. But they are neither insane nor delusional. Here's why .... If you didn't get in on Twitter's most recent round of financing it's quite likely you'll never have the chance to invest in the company, ever - unless and until they go public. And in the event of a public offering, the market value at that time will most probably be somewhere in the neighborhood of $20 - $30 Billion. How does $1 Billion sound now!

What's that you say?

I think a brief history lesson might provide some perspective, and a potential road map: Google was incorporated in 1998 and generated no revenue for it's first few years. They went public in 2004 at a market valuation of $23 Billion, which at the time multiple "experts" said was a manic, unsustainable valuation. Now, 5 years after their IPO Google's market valuation is a staggering $156 Billion. Who's to say that Twitter wont eventually be able to generate revenues/margins on a par with Google?

Twitter now has enough cash to operate for at least another 18 - 24 months without any additional equity financing. And if their revenue programs start to kick in within the time frame that I'm expecting, it's likely they wont need any more equity capital prior to an IPO. And you can forget about an acquisition for now. The $100 million in fresh cash combined with the estimated $25 million they still have on hand gives them plenty of runway. The only exception might be if someone made a CASH offer between $5 - $10 Billion within the next 12 months. Given what I know about Evan & Biz, I don't know if even that amount of money is enough to separate them from their plans for Twitter at this point. But it coud be.

Now I'm not saying that Twitter is the next Google (in terms of ultimate profitability), but it very well might be. And I'm not criticizing people for being skeptical. Skepticism is healthy and good. But if Twitter isn't worth the money then why did Facebook, Google & Microsoft all make acquisition overtures toward the company at $500 million and higher? These companies are not amateurs. They see what most people don't - that Twitter has the potential to be a huge game changer - a company/opportunity that surfaces only a couple times in a decade or more.

Valuation: Who is sane and who is insane?The thing that amuses me about most observer's disbelief, amazement, etc, regarding the $1 Billion valuation is that they have no idea of what that number means, how it can be justified, and/or why investors were lined up to put money in to Twitter at that price. To them it's simply an obscenely big number for a service that they find trivial, and that currently generates no revenue. To them Twitter is a flashback to the frothy valuations that existed prior to the tech bubble bursting in 2000. They just aren't able to see the potential value the investors see. The fact of the matter is that all Twitter has to do to justify it's most recent valuation is generate free cash flow somewhere on the order of $100 million/year. And I guarantee you, they'll be able to do that it their sleep in relatively short order. And that brings me to an even more amusing component of the doubters argument against the valuation; "Twitter isn't earning any money at all right now, and they don't even know how they're going to make money in the future." Ok people, simmer down and kindly remove your dunce caps. I'm sorry, but if you don't think Twitter has any ideas about how they're going to generate revenue then you don't understand their position of power in the rapidly evolving "Real-Time Web". They're going to have multiple opportunities to monetize the platform. And by the way, they have absolutely no compelling reason to let you know what those plans are until they're ready to take your money, which in many cases you will gladly hand over to them. Moving toward Twitter 2.0 In order to comprehend Twitter's potential (beyond it's ability to raise capital at a $1 Billion valuation) you need to understand and appreciate the seismic shift that Twitter has created and the magnitude of the revenue streams they will eventually harvest. In short, you need to understand the difference between what Twitter is today and what it will be in the future. Now it's time for Ev, Biz and the rest of the Twitter team to use their cash to execute on the plan.

Damn the torpedoes - full speed ahead!

"When we modeled it, we were looking at revenue somewhere between Google and Facebook. Google monetizes at $30 a user and Facebook is about $2 a user. If you look at Twitter’s user community and make some fairly conservative assumptions about revenue, we thought you could make a healthy exit at a multiple of a $1 billion." 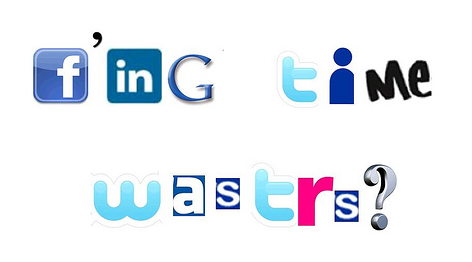 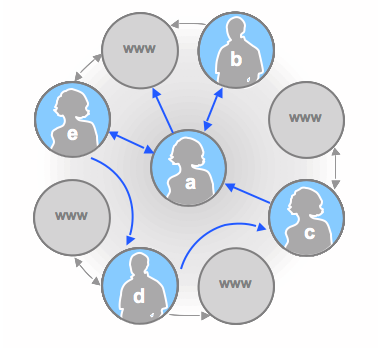 On Tuesday of this week there was a surprise panelist for the afternoon Social Media Streams session at TechCrunch50, it was Grammy Award Winning hip hop artist Chamillionaire. Here he is on Twitter, and he's got a great story. When he was introduced and took the stage I know for sure that most of the people in the room (and that would be 99% men of ethnicities other than African American) assumed that he was there as some sort of publicity stunt, almost as a novelty act. And I'm sure not one person who didn't know him expected him to have anything of substance to add to the conversation.

Au contraire mon frere! The guy asked relevant, on-topic questions and provided a perspective that none of the echo-chamber white guys in khaki pants panelists could (no offense intended). I don't know who at TechCrunch thought that this would be a good idea, but it was brilliant - and long overdue. Chamillionaire (Hakeem Seriki) is a young, savvy businessman with a finger on the pulse on the youth marketplace. And he brings a vision and perspective that can clearly be a value add to the tech community. I can only hope that future events will include more voices like his. It was so good, on so many levels. On a related note, below is a video that my friend Dan Martell passed along today as a retweet from Chamillionaire himself. Think about it; A 21 year-old mom records herself freestylin' in her room, loads the video on YouTube, publishes the link on Twitter, Chamillionaire (monitoring his name/account) picks it up, retweets it, the video get passed around, etc, etc. How can you not love what Social Media is capable of? Nice work Rachel - you rock!

This great video from the people at XPLANE drives home the message that social media innovations are not only in the process of radically changing media and the ways in which we consume it, but our culture itself. Take 5 minutes right now and watch the video - you'll be glad you did.

One of the things that people love to do on Twitter is talk about the TV shows they're watching, while they're watching them. On the face of it you'd think the networks and their executives would be ecstatic over this phenomenon. Theoretically, as Twitter users see the people they follow talking about what they're watching there's actually a decent chance the audience for the show in question actually grows in size. And that's probably exactly what does happen - for live events that is.

On the other hand, in the case of syndicated programming that runs at different times depending on your time zone, Twitter is wrecking TV shows for people in the western US. I'm noticing a growing number of tweets from people in the Mountain and Pacific time zones either pleading with their followers not to tweet about particular shows and/or complaining about spoilers that eventually do appear in their streams. Is it possible that the networks might actually end up seeing a dip in ratings because of these Twitter spoilers? Right now it's probably nothing more than a rounding error in terms of overall viewership, but as the adoption of Twitter among the general public accelerates this could actually become an issue. It's far too early to tell what effect Twitter is going have on TV viewership over time. But there's a good chance that Twitter could drive the elimination of split broadcasts of reality shows like American Idol and popular serials like Mad Men. Another possibility is the emergence of a single marquee hour during the week specifically dedicated towards aggregating the largest possible live audience for programming that lends itself to a shared national TV/Twitter experience.  I call it "The Twitter Hour". It starts at 10pm Eastern / 7pm Pacific, and it might just happen. Stay tuned .....